View source
watch 02:58
No Man's Sky Update - The Loop
Do you like this video?
Play Sound

The Dragon Balls are a set of collectible items that appear on both Earth and Namek. They can be collected by players and brought together to summon Shenron on Earth, whilst they only serve Quest significance on Namek.

Once a public server holds 15 or more players, A Dragon Ball will spawn on that server in one of thirty pre-chosen locations. Only one Dragon Ball can spawn per server. This means that, as soon as a player collects it, the server they are on will not spawn another until it closes and reopens anew.

To summon Shenron, a player must collect seven Dragon Balls. Once the seventh has been obtained, Shenron will spawn and will proceed to present the player with four wishes. Once one of the wishes has been confirmed, Shenron will leave and the player will have their wish granted. The Dragon Balls can only be used to make a wish once. Wishes include:

The Super Dragon Balls are mentioned by Zeno after completing the Tournament of Power, though they and Super Shenron do not appear in-game. Following an update on April 7th, 2020, the Four-Star Super Dragon Ball has appeared in Space. With the Zaros update there is a Super Dragon Ball behind the forest. They currently serve no purpose.

SnakeWorl has stated that they in the game, however it is unknown if they have new spawn locations.

A Dragon Ball, near the Saibareds. 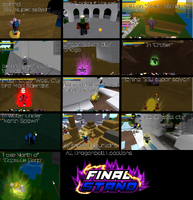 A Dragon Ball, under the bridge between the Chi Masters and Kick Boxers. 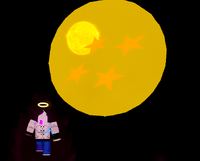 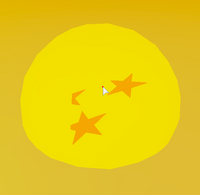