This article is about the map. For the playable race, see Namekian.

Namek is the second playable map and first unlockable area in Final Stand. The player must be at least level 100 to travel to Namek.

Once the player has reached level 100, they may interact with the Nameless Namekian's spaceship in Yunzabit Heights. Doing so will teleport them to Namek.

Contrasting Earth's familiar palette of colors, Namek is almost entirely comprised of green. Most notably, the sky and water share a bright green hue whilst the grass appears to be dark teal. Villages are dotted around the map. 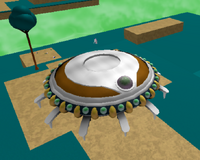 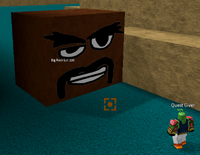