This article is about the playable race. For the map, see Namek.

Namekians are one of the seven races available to the player once they start the game.

This race can customize their width and height. They can change their skin color as well, but they cannot edit this using the Hair Stylist.

Namekians normally appear having varying shades of green skin, with long ears and antennae. Another and the noticeable feature is their pinkish-reddish spots, which appear on their arms, legs, and one on the abdomen. 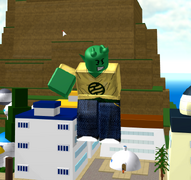 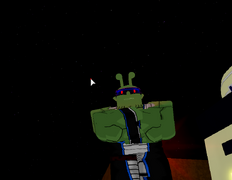 A bug in which the form eyes glitch with any form of glasses.