The Other World is the ninth playable and eighth unlockable area in the game. The player must be level 600 or above and have wished for Death during the True Tournament of Power. This world is unique in the fact that entering it permanently anchors you to it (unless/if you Rebirth), preventing you from participating in Tournament of Power sessions, Broly raid battles, or True Tournament of Power sessions. Upon reaching level 850, a player may Rebirth. Rebirthing resets your level but boosts all of your stats by 300 points along with 10% of your prior base form stats. Once you have wished for Death, and until you Rebirth, you will have a yellow halo above your head. It is a marker that you are dead.

Though the term "Other World" can extend to the entirety of the afterlife, the Other World resembles the Sacred World of the Kai from Dragon Ball Z and Super. With green plains filled with protruding cliff faces and small lakes. The sky is also a much more mellow pink color compared to that of Earth. At spawn, there is a certain radius in which you have the Roblox spawn invincibility bubble around you. This bubble won't go away until you leave the aforementioned radius. Right next to spawn, you will see the Supreme Kai and Kibito. Talking to Supreme Kai will have him tell you about Other World and that Kibito can take you back to Earth. Talking to Kibito will give you the option to go back to Earth for 4 hours. Near the two Kais, there are 3 other NPCs there. The NPCs are Kami, Korin, and Fortuneteller Baba (Character Slot Changer). You can buy Senzu Beans in Other World from the Korin NPC.

Talking to the Kibito NPC will give you the option to go to Earth for 4 hours. Picking yes will teleport you out of Other World and to Earth. On the top left of your screen and to the right of the Zeni counter, there is a purple counter that tells you how much time you have left until you are teleported back to Other World. Strangely, this counter is in seconds. You are still able to go to other places (Namek, Space, ect). The counter does not reset if you go to another place. Outside of Other World, you will get your race's Level:Stat ratio. This is why it is recommended to only level up in Other World if you are dead. You can find Kibito again by going to South City. He is right next to Fortuneteller Baba. Talking to him will give you the option to go back to Other World. Choosing yes will teleport you back to Other World and your timer will be reset.

After the player has finished the True Tournament of Power, they are prompted by Zeno to choose Become a God, Nothing, or Death. Choosing Death will kick them from the game as usual, however when they rejoin they will be teleported to Other World. If you are dead, Other World can be accessed by talking to Kibito in South City on Earth.

Sharing similar concepts with Prestige, a player that is a part of this map can rebirth, by talking to Kami. When choosing the "yes" option, it resets their Zeni and brings the player back to square one (back to level 1). The only exceptions, however, are that they get to keep 10% of their stats, along with a 300 stat boost. Also, a pair of translucent luminescent wings will be granted to the player permanently. The player cannot return to the Other World; the only way to do that is by resetting their character. Once you have rebirthed, each time you prestige after that you get the expected 20% stat return, but you also get 300 stats to start with, meaning that a prestige after rebirth would do this: s(stats before prestiging) x 20% + 300. This is why it is recommended to rebirth before prestiging. 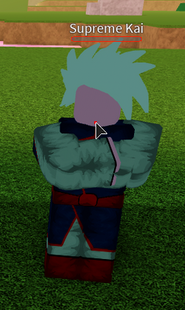 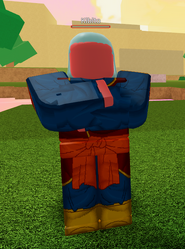 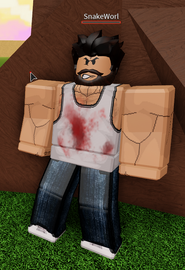 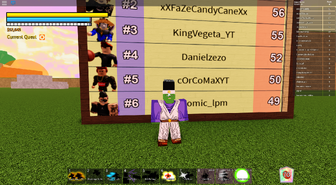 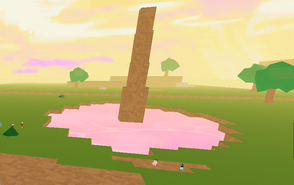 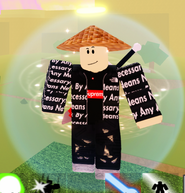