View source
watch 02:17
New Pokemon Games - The Loop
Do you like this video?
Play Sound

This article is about the gamemode. For the map needed to access, see World Martial Arts Tournament. For the similar gamemode in Other World, see Heaven Tournament Mode. For other uses, see Tournament. 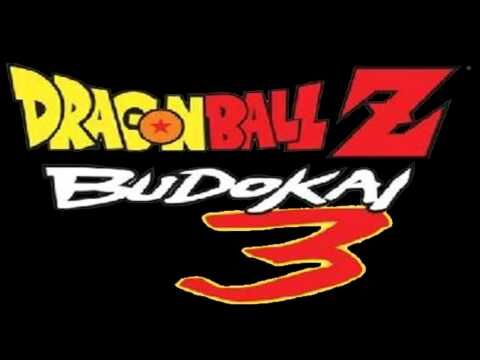 Ranked Matches is a competitive PvP mode accessed by paying a fee of 100 Zeni per battle to the Application Centre NPC on the World Martial Arts Tournament island on Earth.

Currently, there are only two supported modes: 1v1 and 2v2.

Players can enter the World Tournament by interacting with the Application Center NPC. Upon interacting, the NPC will ask the player if they would like to search for a match. Should the player say "YES", they will be teleported to the Matchmaking Lobby.

One-on-one, or simply referred to as 1v1, is a World Tournament game mode that has two players fight each other. Upon entering, a three-second countdown will begin, and then yell, "GO!". Afterward, a grace period lasting roughly three seconds is executed, allowing players to charge and transform.

Two-on-two, or simply referred to as 2v2, is a World Tournament game mode that takes place on the Nameless Planet. It is similar to 1v1, only it involves four players in teams of two. There, players have to wait for their opponent(s), and their teammate to arrive.

Players can increase their "rank" by beating other players in 1v1 Ranked Matches (2v2 only rewards you with money). The amount earned per battle depends on the player's efficiency, remaining health, the distance between both of the players' ranks and how many times they have fought the same player today. Earning and losing rank points is handled to a ratio of 1:1, meaning that if the player were to gain a maximum of 10 points from a battle, the opponent would lose 10 points (applies to 9:9, 8:8, etc).

The following rules apply for both 1v1 and 2v2. 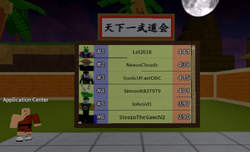 The Top 100 Leaderboard and the Application Centre NPC side-by-side.

The entirety of buildings on the island
Community content is available under CC-BY-SA unless otherwise noted.
Advertisement